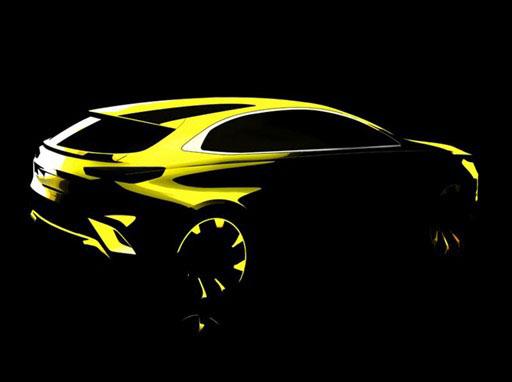 Kia has released a sketch of its new crossover. Kia started development of the Kia Ceed over 15 years ago, Kia hasn’t released a lot of details about the potential body style or design. But Kia’s designers based in Europe have been given complete freedom to explore many different techniques and designs.

From the sketch Kia has released the new Ceed crossover supports a futuristic stylish new look for the model. The Ceed already has a hatch (Ceed), Estate (Sportwagon) and sports hatch (Pro’Ceed) and is currently Kia’s bestselling model family.

From the New Kia Ceed CUV Teaser sketch released now, we suspect the vehicle will be released early next year.

To stay up to date with the latest Kia News Click Here.

This website uses cookies to improve your experience while you navigate through the website. Out of these, the cookies that are categorized as necessary are stored on your browser as they are essential for the working of basic functionalities of the website. We also use third-party cookies that help us analyze and understand how you use this website. These cookies will be stored in your browser only with your consent. You also have the option to opt-out of these cookies. But opting out of some of these cookies may affect your browsing experience.
Necessary Always Enabled

Any cookies that may not be particularly necessary for the website to function and is used specifically to collect user personal data via analytics, ads, other embedded contents are termed as non-necessary cookies. It is mandatory to procure user consent prior to running these cookies on your website.